Marti MacGibbon, CADC-II, ACRPS, CAPMS, is a humorous inspirational speaker, certified mental health professional, and an expert on trauma resolution and addiction. Ms. MacGibbon is an empowered survivor of international human trafficking, domestic violence, and post traumatic stress disorder who advocates for victims and survivors. A member of the National Survivor Network, Marti was selected to join a team of survivor leaders on an advocacy trip to Washington, D.C. The team visited The Office of Victims of Crime, The Department of Health and Human Services, The State Department, and The White House, where they advised agencies and administrators, and also reported on the collective voice of NSN’s 140 members. Marti and all other team members spoke to government leaders, offering survivor perspective and recommendations for victim services, trauma informed approaches, and more.

The trip, organized by the National Survivor Network and CASTLA, (Coalition to Abolish Slavery and Trafficking). The trip followed recent legislation that empowers survivors. The bill, The Survivor Empowerment Act, was created and initially promoted by members of the NSN, and is the first of its kind to pass into law. More information to follow in subsequent blog posts. 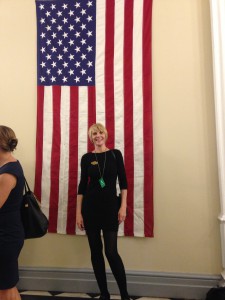 At The White House. 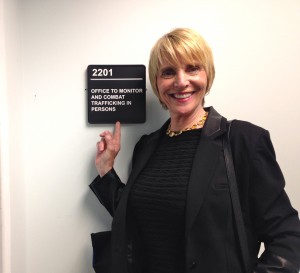