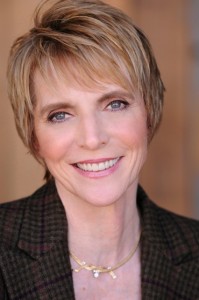 Marti MacGibbon’s life story is like a Hollywood thriller, Lifetime Movie and Romantic Comedy all rolled into one. Marti was one of the first women to work as a laborer in the Texas oilfield. She set off explosives with a seismic exploration company, then switched to surveying, staking oil wells. Her spontaneous sense of humor led to a career in standup comedy in the 1980s, where she shared the stage with comedy legends Sam Kinison and Bill Hicks.

After moving to California and landing a scheduled appearance on the Tonight Show, Marti became entangled in an abusive relationship, drug addiction, and desperation. She wound up trafficked to Tokyo and held prisoner by Japanese organized crime figures, but escaped with the help of a Hong Kong smuggler. The tragedy Marti experienced left her traumatized and homeless, but she used positive visualization, relentless resiliency and hard work to turn her life around.

She quit drugs, and embarked on a journey of laughter and healing. Restarting her professional standup comedy career, Marti toured the U.S., appearing in clubs and colleges, and her solo show, Men and Mayhem, earned critical acclaim from the L.A. Weekly. Marti obtained education in chemical dependency studies and now holds five professional certifications in addiction treatment. She is a Gorski-certified relapse prevention specialist, and has worked with special populations such as combat veterans and chronically homeless veterans.

Today, Marti is a nationally recognized inspirational speaker, and author of the nationally award-winning, bestselling memoir, Never Give in to Fear, a gritty and humorous account of her journey through addiction that inspires recovering addicts, their families, and anyone who enjoys a gripping story of the triumph of the human spirit. An empowered human trafficking survivor and advocate, Marti has spoken at the White House, the U.S. Department of State, the Department of Health and Human Services, and the Office for Victims of Crime.